If you travel west on Florida State Road 24 from Gainesville to where the road literally ends, you find yourself in a bit of old Florida. Out in the middle of nowhere on Florida’s northwest coast is the little village of Cedar Key with its’ population of around 700. At the corner of D and 2nd is Tony’s Seafood Restaurant  which is home to what many claim is the world’s best clam chowder.

The Great Chowder Cook-Off is an annual event that has been held at the Newport Yachting Center in Newport, Rhode Island, for thirty-three years. It ranks right up there with the Terlingua International Championship Chili Cookoff or the Texas Championship BBQ Cookoff. All these American classic foods have passionate followers by the millions, hero’s by the score with reputations to protect and profit from.

Back for another title hunt in New England, Tony’s took to the field again on June 5, 2010 and for the second consecutive year won the 29th Annual Great Chowder Cook-off claiming another Clam Chowder World Championship.

At stake on June 4, 2011 was a third title and a chance for the recipe to be retired into the Cook-Off Hall of Fame. Not even a Grand Champion Chowder from New Jersey could deny Tony’s a third world championship. For the third year in a row Tony’s Cedar Key Clam Chowder captured the title and did so with impressive style in another landslide victory.

With Tony’s third title in three years and the recipe retired into the Great Chowder Cook-off Hall of Fame, the future is still bright for what many fans call the “King of Chowder”. 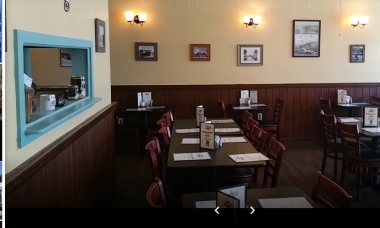 On our visit to Cedar Key that was where we went for our first meal and we were not disappointed. Some people come to this tiny town for the fishing and some come for the art galleries and crafts shops but we came for the chowder and all I can offer is it was worth the drive. If you are looking for white tablecloths and atmosphere you’re probably going to be disappointed but you won’t be in the food and specifically their world champion chowder.

If out of the way Cedar Key is too far to go for a bowl of chowder you can mail order some, as they have a very successful canning and shipping operation as well.