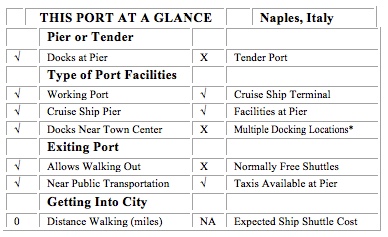 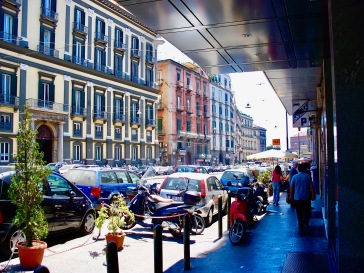 Naples is a major metropolitan area with a number of historical sites and several nearby destinations of interest. First is Pompeii, the ancient Roman city that was buried by an eruption from Mt. Vesuvius in 79 AD. Another popular side trip is to Sorrento. It is one of several beautiful Southern Italian seaside towns well worth a visit.

Where the Ship Docks – Cruise ships dock at a pier in Naples harbor right in the central city. There is a terminal and an easy walk out of the port area.

Transportation – Since the port is right in Naples CBD there are a number of sites and destinations within walking distance. To get out to the archeological sites or the southern coast it is best to take a regional train or a bus tour. 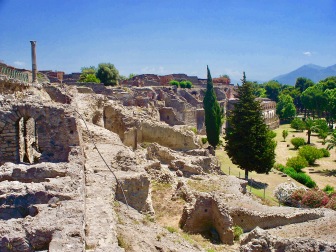 Circumvesuviana station only a few blocks from the port entrance. Circumvesuviana is the regional Naples train system around Mount Vesuvius with stops at Herculaneum, Pompeii and Sorrento. Go to the Circumvesuviana train ticket window and get tickets for Pompeii Scavi. The cost should be about €7 round trip. Once at Pompeii Scavi, exit the train station, turn to your right, and walk about 50 meters to the entrance to the Pompeii ruins. 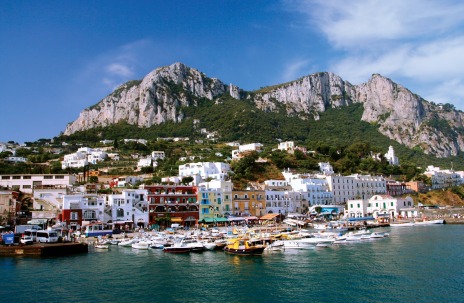 Capolinea, meaning the train service ends and starts in Sorrento from or to Naples. The trip takes approximately 1 hour and 15 minutes. The trains to Sorrento run every 30 minutes approximately. There are 2 types of trains. Diretto which stops at every station and Diretissimo which is faster (10 to 20 minutes). The Direttissimo is marked as DD on the schedule.

Money – Like most of Europe, Italy uses the Euro (€) and credit cards are widely accepted.

Ovo Castle – Only a short walk from the port entrance is an imposing fortress & former royal residence, with 2 towers offering views of the city.

Castel Nuovo – Medieval fortress near the port with 5 towers & a Renaissance triumphal arch, plus an art museum & chapel.

Cameo Factory de Paola – Naples is famous for its cameos and this factory is only blocks from the port.

Archeological Sites – Including Herculaneum and Pompeii, both of which can be easily reached using the regional commuter trains.

One thought on “The Port of Naples, Italy”