It’s easy while walking the streets of Lisbon to think you have somehow slipped back in time. The port of call of Lisbon really seems to live in the past. Quant cobblestoned streets lead to plazas bordered by palaces, churches and castles. Attractive small cafes and restaurants abound and shops and galleries invite at every turn. Streetcars that look like they really belong in another time, glide down narrow streets. Even much of this cities graffiti rises to the level of fine art. Portugal seems to have deliberately let the world speed on by, having discovered a comfortable place to sit back and watch everyone else frantically race on to – not sure where. 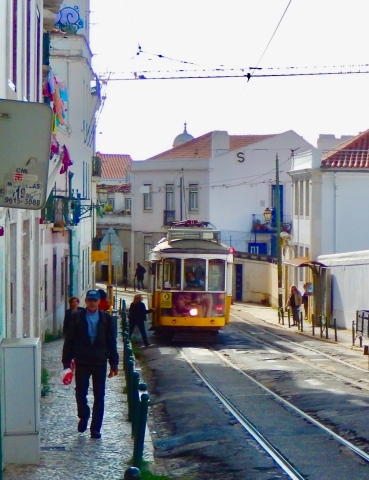 Lisbon features a good public transport network, both underground and surface with buses and trams and can also add the Transtejo (river connection). Lisbon Metro is one of the most cost efficient and flexible ways of traveling around the city.

There are 24 and 48 hour passes available and the funicular system can also be used.

Carris/Metro 6.40€ -Valid for unlimited journeys on Carris and Metro, networks during 24 hours following the first validation. 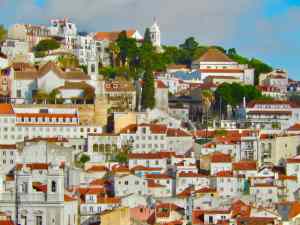 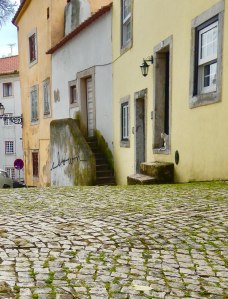 Rossio, Baixa-Chiado, Cais do Sodré, Oriente Aeroporto. There are also vending machines at every station.

There is also a visitor’s card called the Lisboa Card where you get unlimited travel for 24 hours for just €20 that also includes free access to Lisbon’s best museums and attractions like the Torre de Belem, Jeronimos Monastery and the Santa Justa Elevator and more. You can buy the card online HERE.

The currency of Portugal is the Euro and major credit cards are welcome almost everywhere.

Castles, museums, churches and palaces all within a mile or so from the cruise ship.

Museu Nacional do Azulejo at R. Me. Deus 4

Ceramic collections located in a church

Carmo Convent at Largo do Carmo

Triumphal arch with a viewing platform