The old port of Kotor is ringed by steep limestone mountains and surrounded by fortifications built from the  Roman era to the Venetian period. It is located on the Bay of Kotor deep inland from the Adriatic Sea. The bay is a ria, which is a filled river canyon. Together with picturesque towns, the nearly shear limestone cliffs of the mountains of Orjen and Lovćen, Kotor offers an impressive landscape. The current population of Kotor is under 15,000.

In recent years Kotor has seen an explosion in tourists, with a majority coming by cruise ship. The cruising industry has greatly expanded in the Mediterranean recently requiring an expanded offering of port destinations. Kotor is the new beneficiary offering the mild environment of the Gulf of Kotor, the spectacular natural scenery and the history of the old town.

The oldest known building in Montenegro is an early Christian basilica, dating from the 6th century, based on archaeological evidence, it was found under the Church of Our Lady of Remedy.

The town was first mentioned in Roman writings around 168 BC, and was known as Acruvium, (Ancient Greek: Ἀσκρήβιον) and was part of the Roman province of Dalmatia.

The town has been fortified since the Middle Ages, when Emperor Justinian erected a fortress above Ascrivium in 535, after expelling the Ostrogoths. Ascrivium was later sacked by the Saracens in 840. It was fortified with walls and castle near the peak of Saint Ivan by Constantine VII in 10th century. It was one of the more influential Dalmatian city-states throughout the early Middle Ages.The city was part of Byzantine Dalmatia in that period, and the modern name of Kotor probably originated from its Byzantine name.

Located out in the Bay of Kotor, Our Lady of the Rocks sits on a manmade islet. According to legend, the islet was made over the centuries by local Croatian seamen who kept an ancient oath after finding the icon of Madonna and Child on the rock in the sea on July 22, 1452. Upon returning from each successful voyage, they laid a rock in the Bay. Over time, the islet gradually emerged from the sea.

Another church sitting far above the old town is the Lady of Remedy, along with the Byzantine Fort St. Ivan and the Chapel of St. John. The Lady of Remedy is a Roman Catholic church belonging to the Catholic Diocese of Kotor and dates from 1518. The church is perched on the steep slope of the St. John Mountain with a commanding view of the Old Town below.

If you are in good shape you should consider taking the hike up the mountain over the stairs and trail cut into the rock of the mountain. The road (walking path) ascends from behind the Church of St. Mary Collegiate in the back of the old town.

Above -The Northern approach to the Old City protected by a moat, wall and the Kampana Tower. 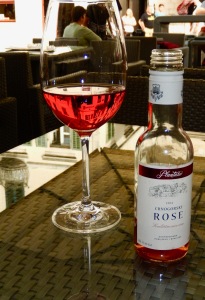 In Montenegro, grapes were grown over two thousands years ago and later the Romans brought wine making knowhow to the region. With a perfect climate for vineyards, wine making has flourished in the region with two varietals of special note– dark “Vranac” and bright “Krsta?”. These wines carry the names of these grapes. 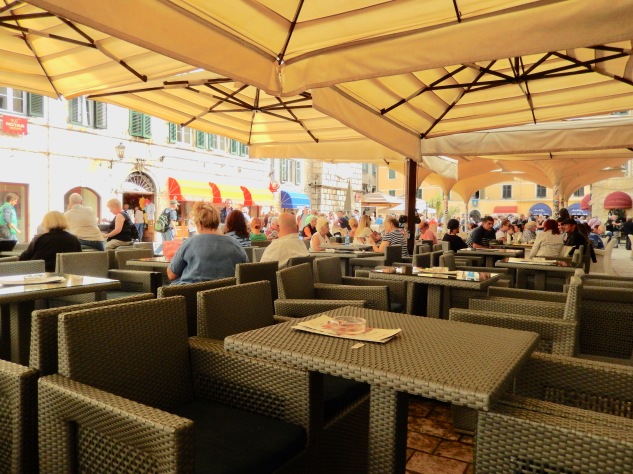 One thought on “The Old Port City of Kotor, Montenegro”