Tucked away in the western North Carolina mountain

s is a city of remarkable blended cultures. Its roots are firmly planted in the Appalachian soil tilled by early Scots-Irish settlers. Clogging and bluegrass are still at home here in its lively music scene but so is jazz and rock n roll.

This mountain city is an interesting blend of cultures and traditions. Partly it’s streets seem like a refuge for the hippies of Haight-Ashbury but is also home to a number of stunning architectural gems as well as enchanting districts of winding streets, mixed in with shops, restaurants micro breweries, hip wine bars and galleries of mountain arts and crafts. 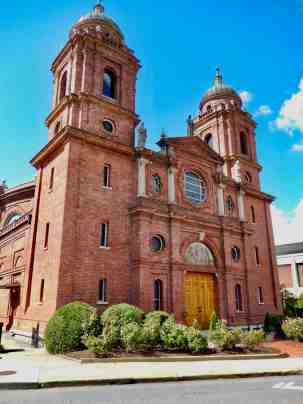 Welcome to Asheville, the mountain city, home to one of America’s greatest and largest privately owned houses, The Biltmore Estate. The house was built in the late 19th century by George Washington Vanderbilt II a member of the railroad and steamship dynasty. Asheville is also a major waypoint on America’s favorite national park, The Blue Ridge Parkway which features the North Carolina Arboretum and the Southern Highland Folk Art Center.

After visiting the Blue Ridge Parkway, the mountain gardens, the Biltmore Estate what you realize is that walking around downtown Asheville is just fun. Shopping at the Mast General Store, visiting galleries like the converted old Woolworths store, sampling hand crafted chocolates and having happy hour at a local wine bar all adds up to a great day.

alcohol to drink. They called them “dry counties”. Well things have really changed. Asheville and the surrounding counties are home to a remarkable number of breweries, hard cider mills, distilleries and wineries: 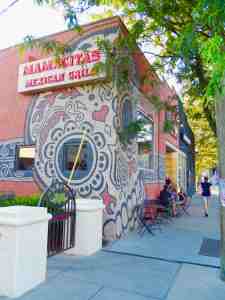 The region also offers a number of very good wineries including: