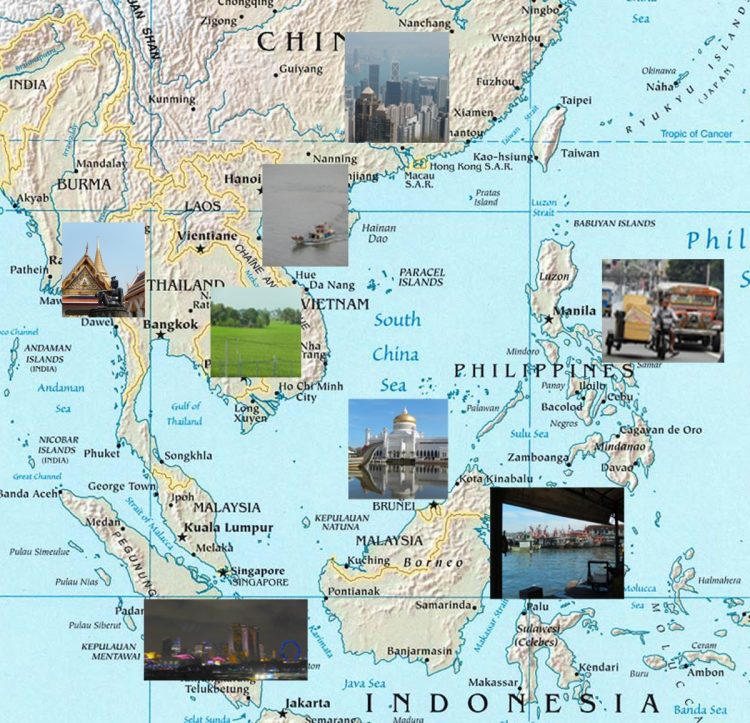 A First Visit to Southeast Asia

We spent all of February cruising with Celebrity’s Constellation in the South China Sea on back-to-back itineraries. We visited twelve ports with only one repeat (Ho Chi Min City). If you are going to fly twelve thousand miles you probably should make the most of the trip. We flew into Singapore and with the return for the second cruise and the extra day in port at the end we had five days to explore the city and all we could say was wow! The ship also spent two days in the port for Bangkok and we spent that night in a Bangkok hotel and booked a private tour (more about that at another time ;-).

Beyond the usual reasons for cruising there was an additional advantage on this trip. If you are not into a diet of noodles with dried fish flakes or hot curries, the ship gives you the opportunity to return to a Western style menu. The ship also takes care of visas and immigration ahead of each port.

Besides our time in Singapore our trip included four stops in Vietnam, Hong Kong, two stops in the Philippines which included Manila, two stops in Borneo, Kota Kinabalu, Malaysia, Brunei and two stops in Thailand. We had an opportunity to see a lot as well as try a number of cuisines. Many of the destinations were studies in extreme contrasts but it was also obvious that things are greatly improving economically. It is also interesting to switch from Muslim to Buddhist to Western cultures as we went from one port to the next. On board there were a number of excellent in-depth lectures on the history and culture of the various countries which provided a good perspective on the ways the region developed.

Over the last number of years we have found cruising gives us an opportunity to sample a number of places and than we decide where we want to come back to for extended stays. Southeast Asia is no exception to this and we certainly have a few we will add to our return list.

Phone Service: We were traveling on this trip with an iPhone 5 on Verizon service ($80 for 250 international minutes)and with a Blu 5.5 phone with a prepaid international plan from One Sim Card service. Vietnam and Brunei were not part of the Verizon international service so we switched use to OneSimCard. Phone calls with Verizon worked well everywhere else but there were problems getting text messages out on a few days. The only reliable data that we found on the Verizon service was in Singapore (didn’t attempt in Hong Kong) most other places indicated “Data Service Failed”. The One Sim Card service worked as expected except in Vietnam. There we connected with the recommended service provider (Viettel) but instead of text messages costing the expected 25¢ they were charged at a couple of dollars. One Sim Card did send a text message warning of high costs on this service recommending we switch networks, even though Viettel was their recommended provider.

In the near future look for posts covering each of these countries with pointers on must do things, food, transportation and hotels.