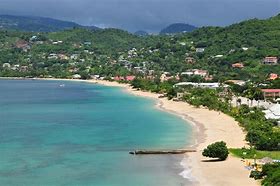 With Caribbean Cruising season fast approaching here is a guide to how to get to those Florida ports. Regardless if your coming by train, plane or automobile there are ways to save money making that final connection to your cruise ship.

Florida Cruises – Getting To The Port…

Florida has become one of the largest destinations in the U.S. for people taking cruises. While passengers come from all over the U.S. and even the world a large number come from the Southeast and especially Florida. The close proximity to the Florida ports offers a number of advantages to cruisers from the region but it also presents some interesting challenges. The following is as complete a rundown on how to get to your cruise ship regardless if you come by planes, trains or automobiles. Okay, maybe not trains.

Florida has four major cruise ports; The Port of Miami, Port Everglades in Ft. Lauderdale, Port Canaveral at Merritt Island (sometimes called the Orlando port) and Tampa. Each one has its own environment that makes getting to your cruise ship different for each port.

The port is some distance from the airport but there is generally a fixed taxi fare for the trip of about $25 (plus luggage fees and tip). There are also a number of shuttles as well but expect to pay between $15 and $20 per person for these. A cruise ship transfer at last check was over $15 per person.

The nearest major airport to Port Canaveral. Expect to pay over $100 for a taxi to the port which is a 47 mile trip. There are a number of shuttles that charge as little as $15 per person. Booking a transfer thru your cruise line can cost above $35 per person. At last check Disney offers a bus service from Orlando airport and hotels at Disney World to their cruises at $35 per guest.

Port Everglades is only about 2 miles from the airport and while the airport taxi stand will usually quote a flat fare of $20 to the cruise ship if you go with the meter on, it should cost less and if you are going from the ship to the airport it should cost about $15 with tip (no delay exiting the port because of security). The cruise ships also offer transfers but they average $16 per person, which for two people makes a taxi the better choice.

If you are going from the Miami airport to the cruise terminal, current taxi charges are a $27 flat-rate fee. That’s not per person. So if you are traveling with a family of four, that’s just $7 per person (or $14 round-trip) — not a bad deal. Buying a transfer from your cruise line will cast around $17 per person though or $68 for four.

Often people will fly into the port city a day or two early and if that is the case it is a good idea to rent a car. Depending on the city rentals can be very inexpensive and give more flexibility on how you get around. Be sure you check with the agency and make sure you can drop the car off near the port.

It is common in Miami for rental car agencies to allow a rental to be picked up at the airport and dropped off somewhere else in Miami. At between $25 and $40 a day this is a very economical way to get to the cruise port with the advantage of seeing some of Miami in the process. In the case of Avis and Budget*1 they both have drop-offs near the port with free shuttle service to your ship, which saves the cost of a short taxi ride.

While it is possible to also pick up a rental car at the airport in Tampa and drop it in the city, there are no drop offs really near the port. When we come in to Tampa on a cruise it usually costs between $10 and $20 to get a taxi to the nearest rental car location.

Because the port and airport are so near each other, unless you plan on spending some time in the area before your cruise, there is little reason to rent a car. It is also worth noting that Avis and Alamo have free shuttles from their airport locations to Port Everglades and back (you must have a copy of the rental car reservation to board the shuttle though). 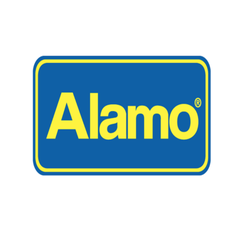 Even if you live within convenient driving distance to a port, sometimes port parking can become an expensive proposition. This is especially true if the cruise is longer than seven days. Except for the Orlando – Port Canaveral connection, one-way drop-off fees can make renting a car very expensive. The one notable exception to that is if you live near Orlando. Because Orlando is the number one destination in Florida the rental car companies are always trying to balance their inventories and are usually not charging drop-off fees between Orlando and major Florida cities. Renting a one-way car is our normal method of getting to and from Miami, Ft. Lauderdale, Tampa and Orlando. We have rented cars for as little as $29 from Orlando to Ft. Lauderdale. One trick is to make reservations way in advance and check the rate a few more times before the cruise.

Back in the day buses were good, inexpensive transportation between cities and there still is a number of options for economical fares. MegaBus offers a one-way ticket from Orlando to Ft. Lauderdale for $26. The problem with them as with most bus service is that you have to get to their terminal and to your destination at the other end. This can be a major additional expense impacting the economy of bus transportation. We should also note that some people live in communities with active travel groups that normally arrange charter buses as part of a cruise package

Parking Near the Ports

Most parking structures inside the various ports are owned and operated by the ports and, on average, are fifty percent higher than private services near the port. Over the years there have been some interesting fights between these venues. Mostly it has been the ports trying to make it difficult for the private lots to compete and survive. Generally private enterprise finds a way.

Parking at the port garage inside the port is currently $17 per day and they charge for each portion of a day (that means full fare for the day you arrive and the day you leave). There are at least four dedicated private lots with shuttles near the port that average under $10 a day based on 24 hour days. There are also companies that contract with some local hotels for parking spaces and provide van service to and from the port.

Parking at the Port of Miami currently is $20 per 24 hour day with a daytime rate of $7. Because the port is located right in the heart of downtown Miami it is difficult to find reasonable rates nearby. There are a number of companies offering reduced rates but it would be recommended that you investigate where these lots are and how much security they provide.

Parking inside Port Everglades currently is $15 per day but offers a location right next to the ships. Because the port is located near the airport there is a great deal of parking available in the area. There are official remote lots associated with the airport with shuttle service to the terminals as well as more than a few private lots not far away. Again it would be recommended that you investigate where these lots are and how much security they provide before reserving.

A Parking option at Port Canaveral

Shuttle from MCO to Canaveral