A Sydney Day Trip to the Blue Mountains

On a visit to Sydney, Australia we set aside a Sunday for a rail trip to the Blue Mountains. From the Sydney Central Station to Katoomba Station is about a two hour trip and if you go and return on a Sunday the trip is a super bargain with the Opal card (see Getting Around Sydney). From Central you can Board an air-conditioned double decker Mountains train. The express trains to the Mountains will most likely stop at Strathfield, Parramatta, Penrith, Emu Plains, and then all stations up the Blue Mountains. We were staying at a 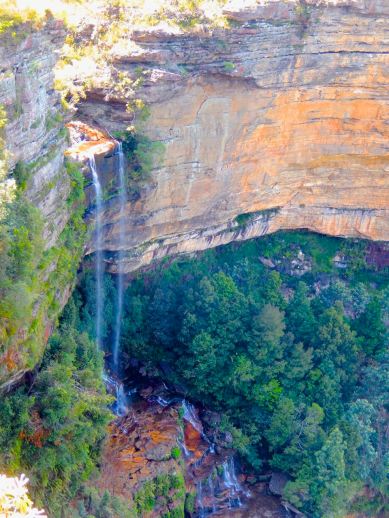 hotel near Sydney’s Chinatown (the Meriton Serviced Apartments on Campbell Street) which wasn’t far xfrom the Central Station so we walked and caught an early train. The trains were modern, clean and comfortable. One caution, this trip on Sunday is very popular and if you get the train at the Central Station getting a seat probably isn’t difficult, but after a few stops people were sitting in the isles. On our return we boarded at a station farther south and headed back to Sydney from there to avoid the crowds and to be sure we got a seat. 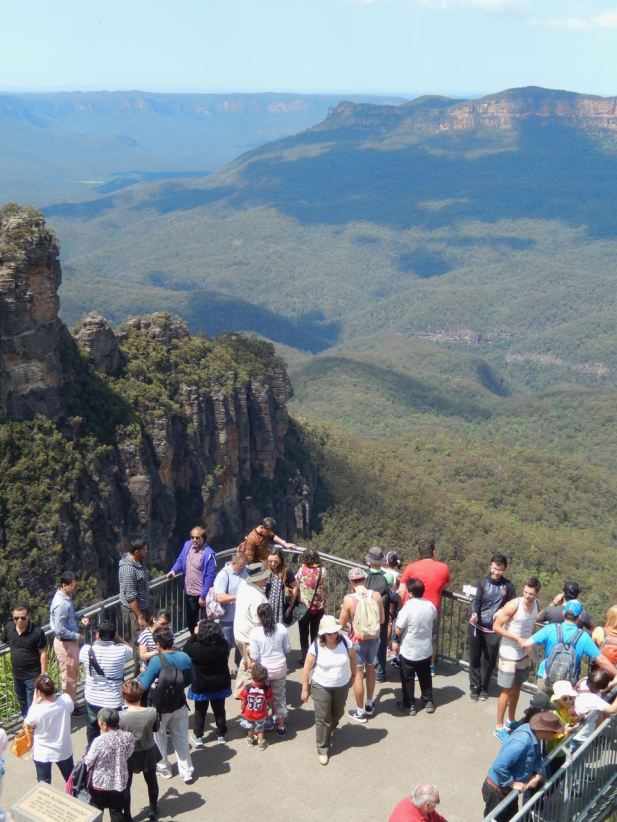 There are 29 stops which include Katoomba Falls, Echo Point, Three Sisters and Leura Cascades. There is a cable car ride (extra charge) and a complex at Scenic World with a café and a restaurant. There is also the Trolley Tours running a similar route as The Explorer Bus for about the same fare. Between hopping on and off, hiking a number of trails and enjoying lunch we spent about nine hours in the area.

Our trip was in late October of 2015 and the weather was perfect. The area is beautiful with dozens of good trails and scenic overlooks. We followed a couple of well-maintained trails along streams and were fascinated with the thickets of Australian tree ferns (something we planted in our yard at home). We also started to notice the birds in the trees and saw dozens of big white cockatoos. I picked up a feather for our curio case. 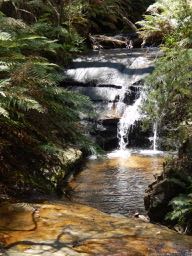 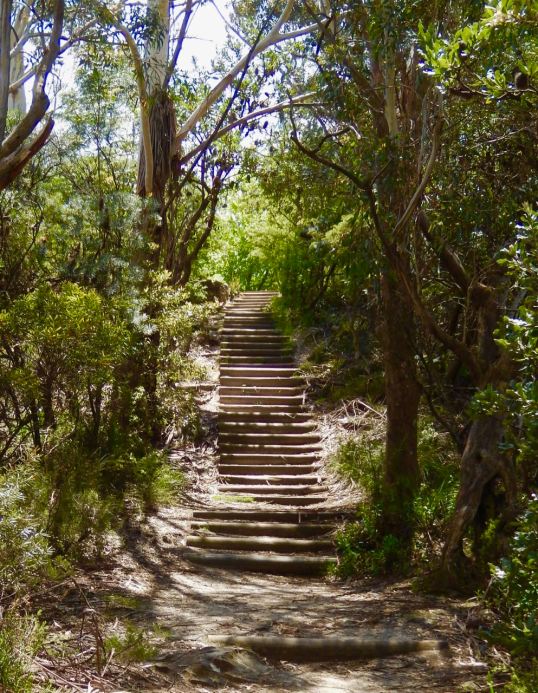 Upon returning to Sydney Central Station we walked back the few blocks to our hotel, freshened up and took a rapid rail to Darling Harbour. We had dinner at Baia The Italian sitting by the water watching the sun set. All and all it was a very good day. We’re thinking on our next visit we will spend a couple nights in the Blue Mountains.

More things to do in the Blue Mountains HERE.

2 thoughts on “The Blue Mountains of Australia”