A Day at Pointe du Hoc

At 7:10 am on the morning of June 6th 1944 at a point of land where the rolling farmland of western France drops ninety feet down vertical cliffs to meet the sea, in the words of one Army Ranger “All hell broke loose.”

Three hours before that, on a troopship offshore hidden in the fog and smokescreen laid down by the armada, the PA system announced, “Rangers, man your craft.” Of the three hundred Rangers that boarded those boats to attack those cliffs and capture its gun emplacements later that morning only ninety would still be standing.

At Pointe du Hoc, at that moment the World War II invasion of Normandy began.

Visiting today it is almost impossible to comprehend how anyone could scale those cliffs under enemy fire and succeed.

Spend a moment visiting this land, set aside to the memory of those brave men and reflect on just what Memorial Day represents.

Pointe du Hoc occupied the high ground overlooking beaches to the east and was covered in fortified cannon emplacements. It was thought that if the cannons were not taken out of commission they would have prevented a successful landing on the beach below.

The Battle Of Point Du Hoc 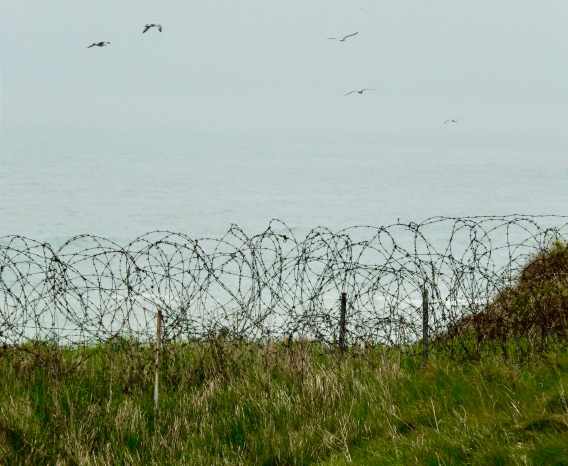