The Alcazaba fortress of Málaga, Spain 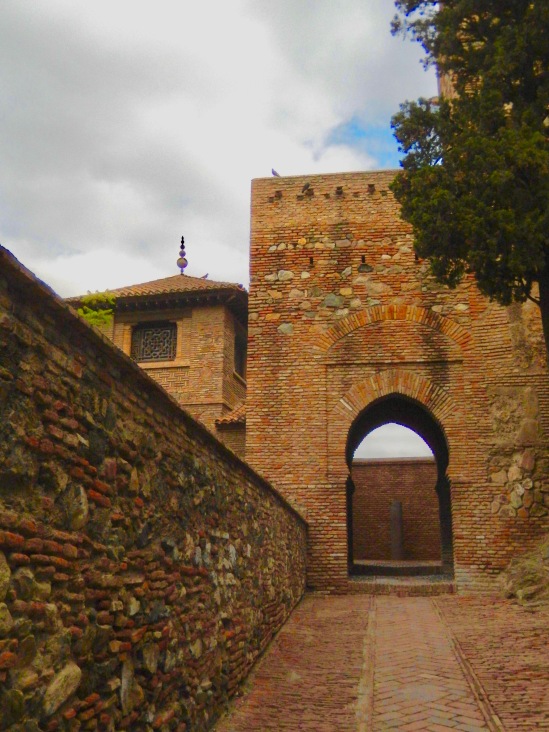 This fortress palace, whose name in Arabic means citadel, is one of the city’s principle historical sites and is not only beautiful but holds commanding views of the city and harbor.,.

The Alcazaba dates from the Muslim period and is located at the foot of the Gibralfaro hill, crowned by the Arab defense works to which the Alcazaba is connected by a walled passage known as the Coracha.

According to historians, it was built between 1057 and 1063 at the instructions of Badis, King of the Berber and Taifa of Granada. This period was the era of the Muslim city-states and the family wars between the Christian kings of Spain. Around 1072 the historical hero of Spain, El Cid rose to prominence. While the Alcazaba did not fall or suffer a siege during this period El Cid did command the forces of the Taifa of Zaragoza. Walking thru the streets and gates of this citadel it is easy to picture a mounted El Cid leading knights off to battle.

Constructed with columns, capitals and materials that were taken from the

nearby Roman Theatre which still sits near to the fortress base. Alcazaba combines its defensive purpose with the character of an Arab palace and is designed with rectangular patios and spaces around gardens and pools. According to the traditional architectural tenets of Granada, the rooms attempt to use the counter play of light and shade that was a trademark of Arab master builders of the period.

Its current condition and the building’s military components make it one of the most important Muslim works in Spain today. Despite its turrets, arrow slits and battlements, perhaps its most effective defense was its location, commanding the high ground above the city and bay.

In addition to the Alcazaba there is much to see in Málaga. In the old section there’s “the one -armed lady” an unfinished Cathedral that according to local legend the south tower was never built because the money went instead to help fund the war of Independence in America (probably not true but let the Andalusians tell the story). There is also the Málaga Picasso Museum as well as the house where the artist, Pablo Ruiz Picasso was born.

Málaga is the heart of Spanish Andalusia and in addition to the historic areas the city is a vibrant and modern Mediterranean port with excellent restaurants, accommodations and shopping.